Crocheting at work is looked down upon by my manager and the other bosses, but I still needed something to pass the time and keep my hands busy, so I turned to modular origami. This way I will be making something, but it will use up more paper so I don’t have a giant pile of origami things on my desk looking like I have been slacking off. I have a box of origami cranes that look messy and like I haven’t been doing work, but people don’t seem to realise how much effort goes into one of these balls so I can get away with it a bit more easily. 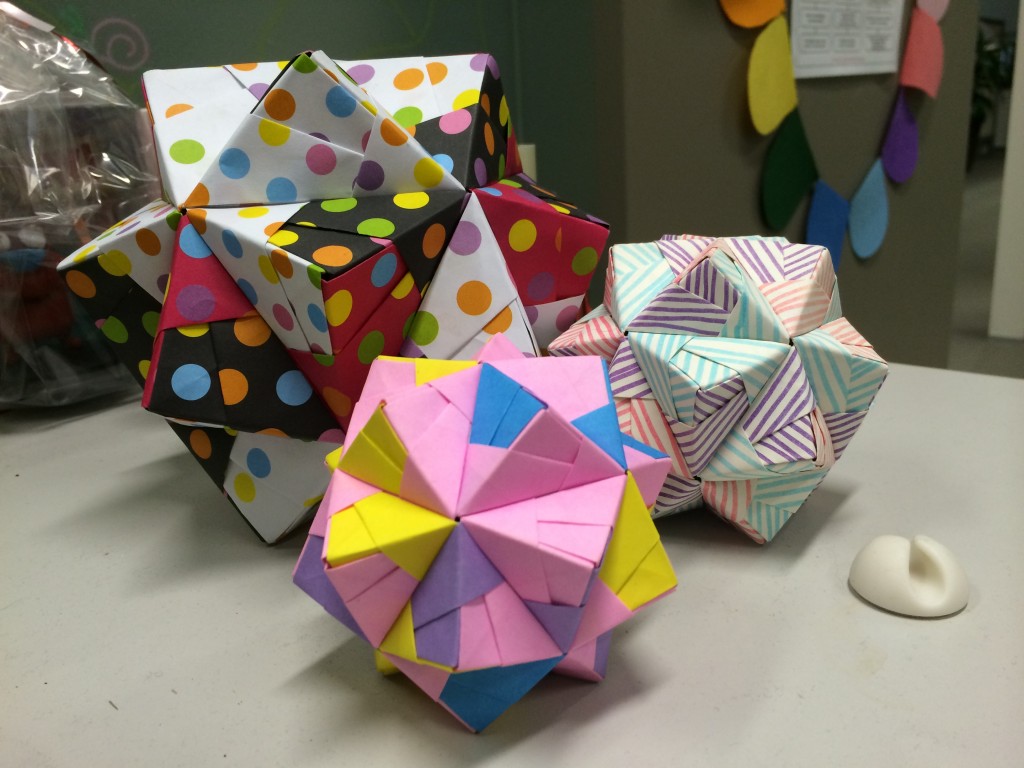 I have been following penguinorigami on tumblr for a little while now, and they make a lot of pretty modular origami pieces, so I followed a link to a youtube tutorial and made a sonobe ball. Then another. And another. I started sneakily placing them around the office to confuse people. I gave them away as presents. And still I have a little family of them next to my desk. 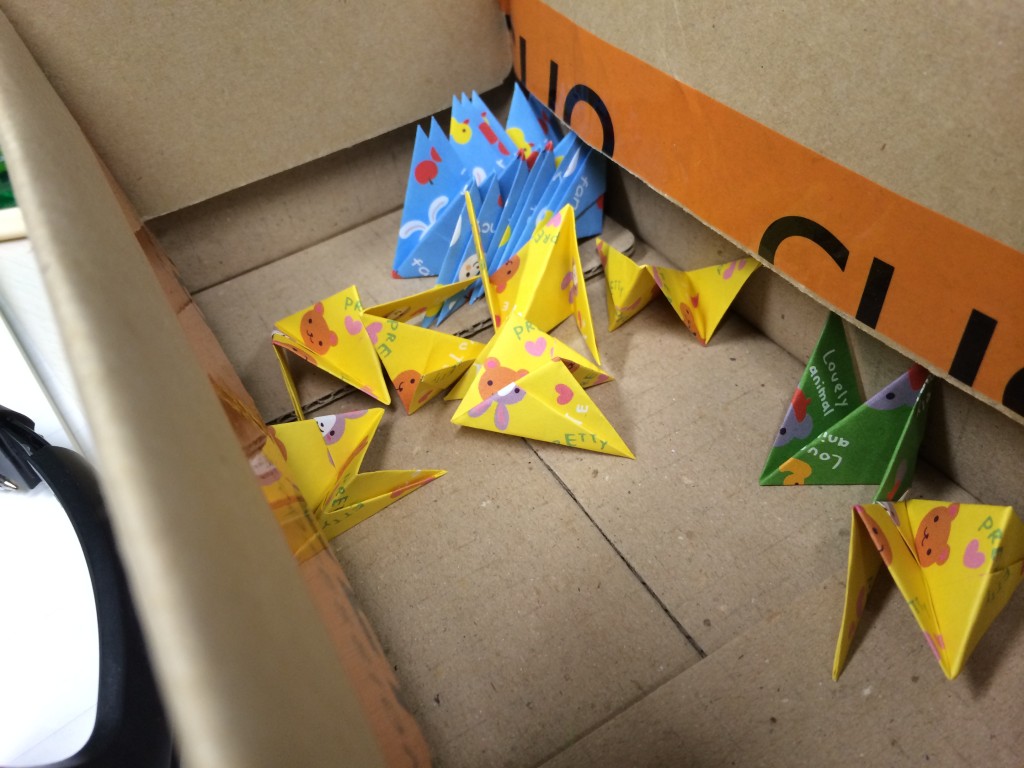 To make these you use one piece of origami paper to make a certain shaped module. You then make enough of those that when you assemble them they make a ball shape. They’re assembled by using the ends of the module as tabs and inserting them into slots in other modules, so that they stay together. The complexity of the pieces can vary, but sonobe balls are pretty basic modular origami pieces. There are some amazing pieces out there where people have made really complex models out of these modules, but I think I’m going to stick to simple balls at the moment. Making the little pieces to put together to make the ball is a bit boring, but the end result is pretty impressive. 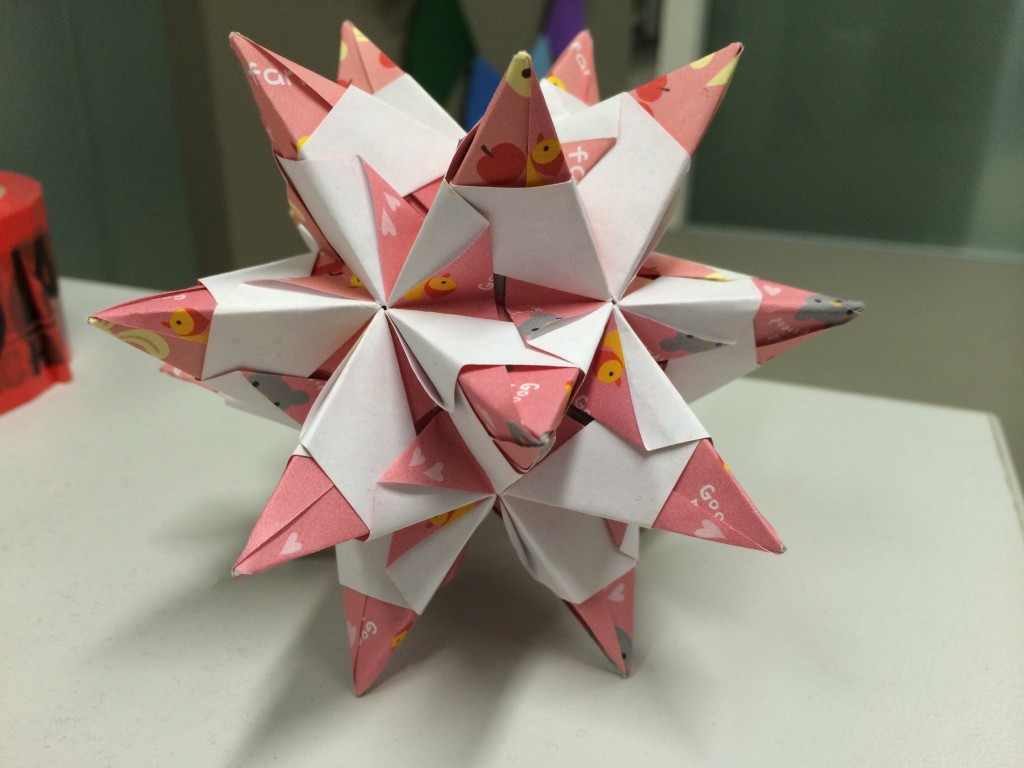 I managed to pack them up and get them to our new office, so they will be adding to the atmosphere here as well. My manager has decided he wants to hang them from the office’s ceiling so I guess I’d better start making some more!