One thing I have noticed about this area is the abundance of cats that wander about. I’m pretty happy about this, because it means I get to pat new kitties, but sometimes it can be an issue when I have to get somewhere on time. Yesterday I was going to see a band play nearby and there must have been something in the air because I saw so many cats on the way; I took maybe twice as long to get where I needed to go because I kept stopping to say hello. I managed to take photos of some of them, but missed out on the three gingers that were hanging out in some front yards. 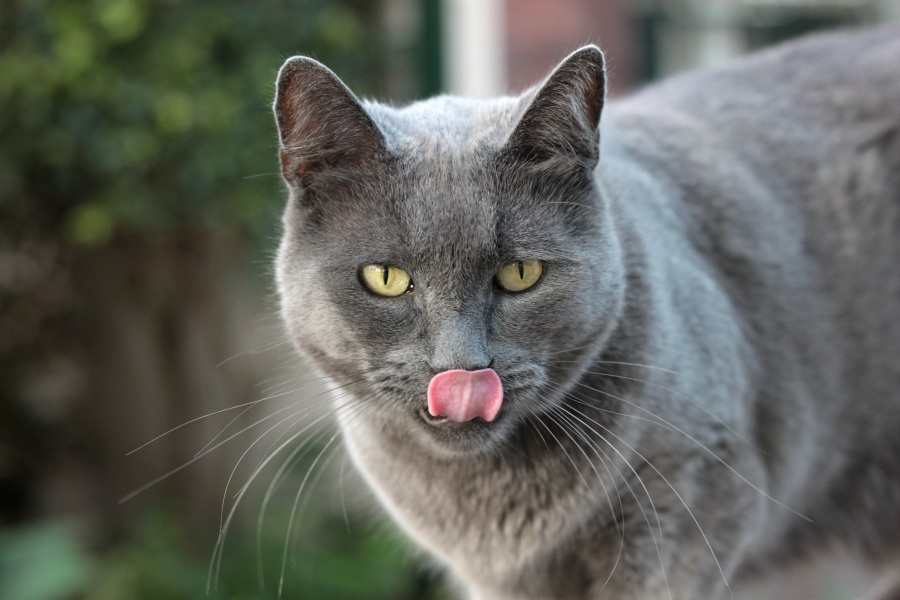 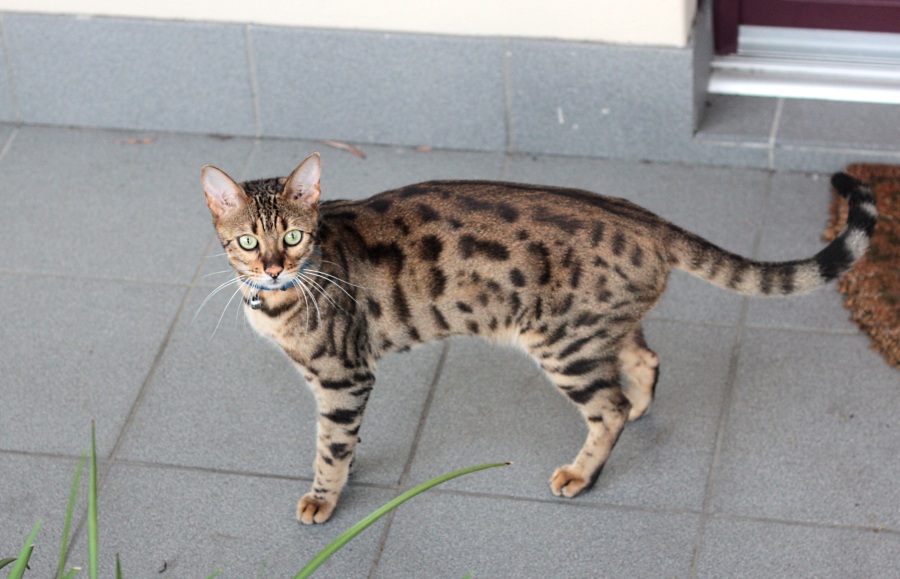 There was also a Siamese named Basil who the Bengal in the second photo wanted to play with. Basil was too busy getting pats from me to be photographed well, but this fella was too shy to come close so I got a good photo of his/her marking. Bengals are such gorgeous cats.

I also got to hang out with Rusty yesterday while doing the washing. We have a little concrete area where the laundry is, and our local nomad cat Rusty likes to hang out there sometimes to bask in the sun. He and Scout have had some issues in the past, so I brought her out to see if they’ve gotten friendlier and there wasn’t a fight where I would have to intervene, so I’m going to chalk that up as a success. There was a moment where I think she tried to play with him; She arched up really tall and pranced over to him like a kitten would, but Rusty just hissed at her and she backed off. Poor Scout, no one will play with you. 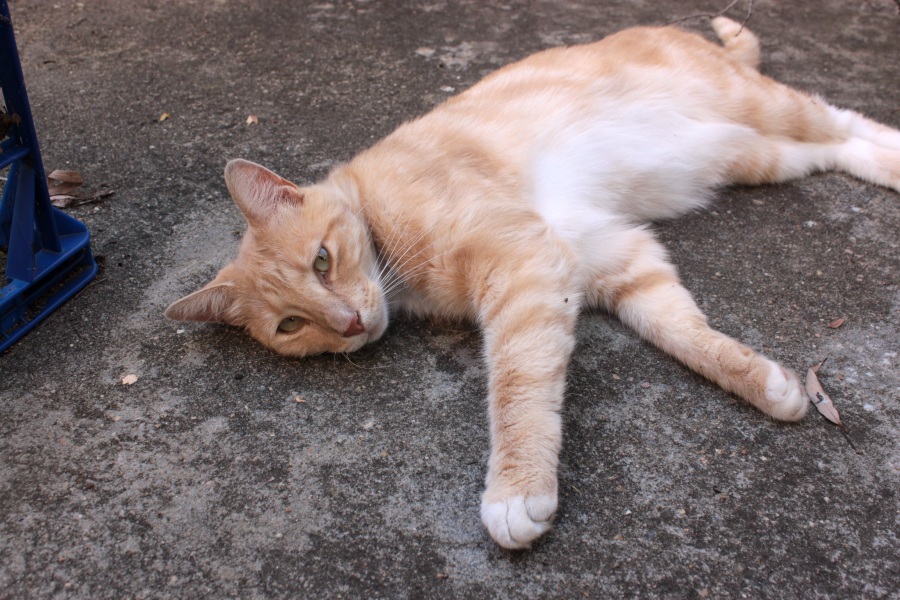 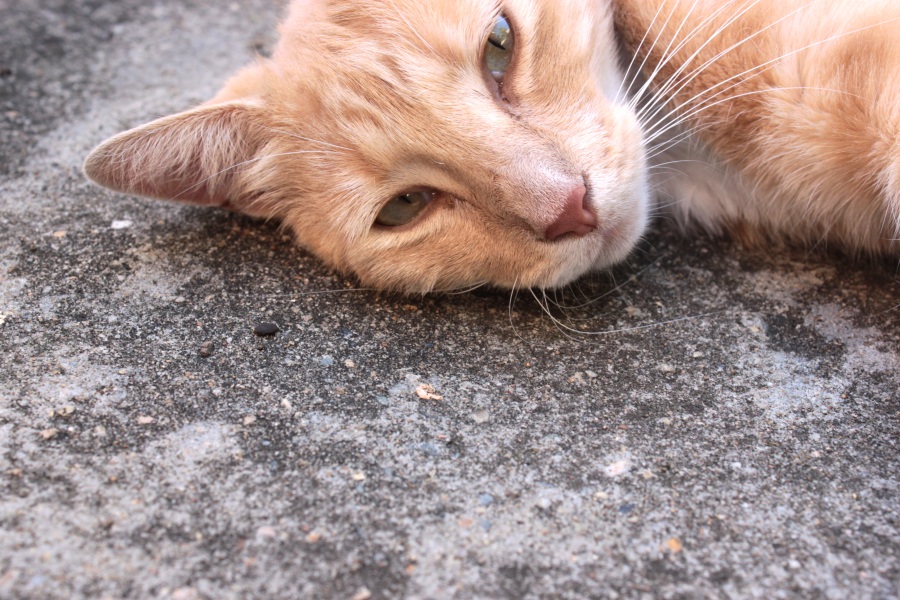 Rusty is such a chill cat, you can tell he just doesn’t care about anything. He’s king of the area, for sure.  He’s the perfect cat to take photos of in that respect. 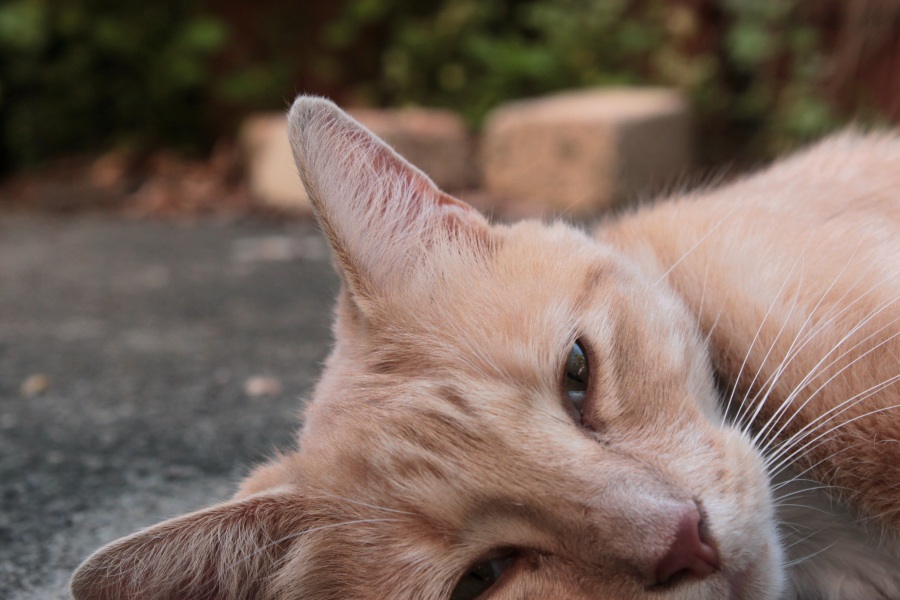 Scout ended up just lying down nearby (but still far enough away to feel ‘safe’) and watched him while he slept. I think she’s bored and misses Tiger more than we realised, because she’s been really eager to go outside since she saw Rusty. I’m pretty sure we’re gonna end up getting another cat when we move (hopefully a ginger). 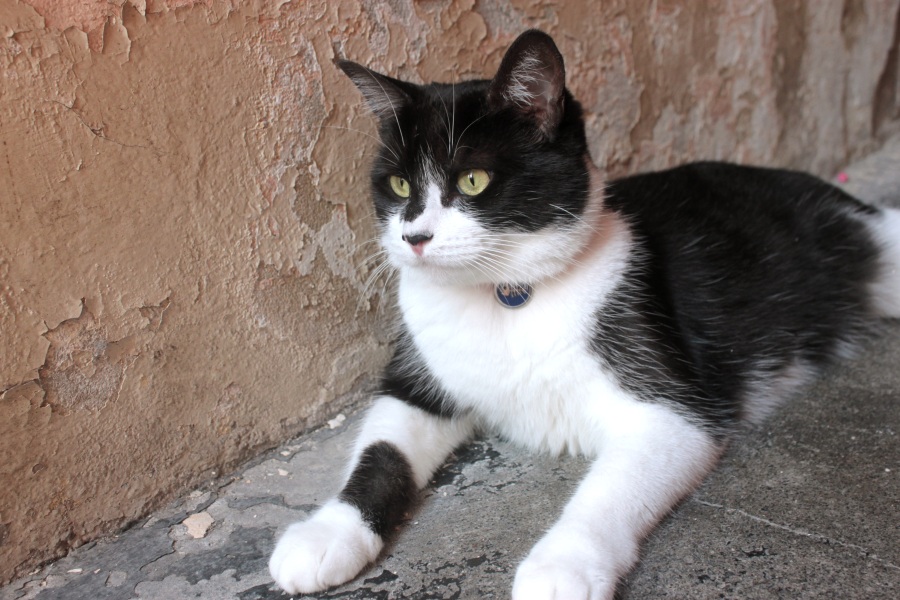 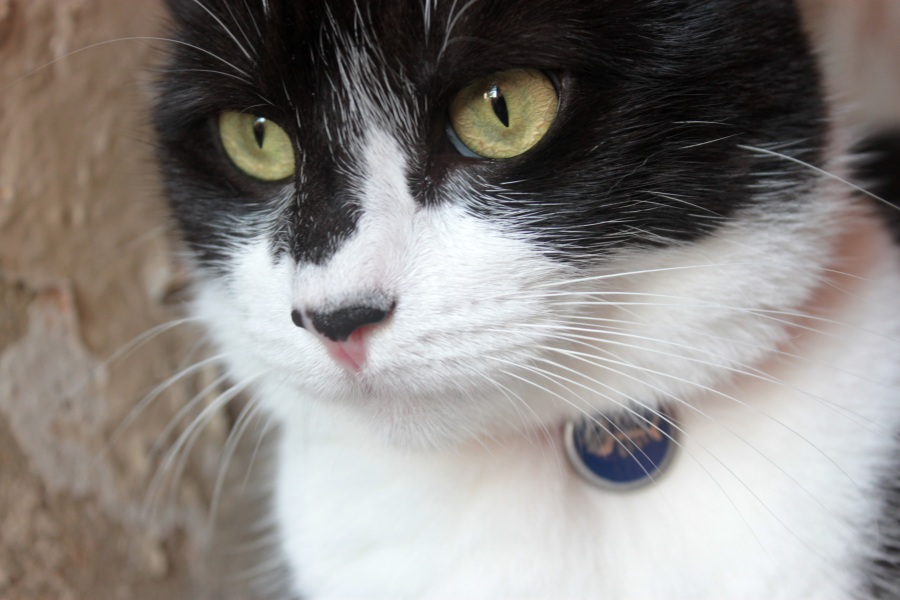 Look at those eyes. For all that I complain about how noisy she is, I do love my Scoutface.