The last outfit post I did had me dressed up nicely, but this outfit is what I’m more likely to wear on a daily basis. In fact most people I have spent time with would have seen me in this exact outfit. Sorry for not being that adventurous with my clothes, guys. I took these photos for a few reasons, rather than just to show I am unimaginative with my clothes. I wanted to try out the tripod and camera remote I bought for my birthday, as well as show off my freshly dyed hair while it was still straight. 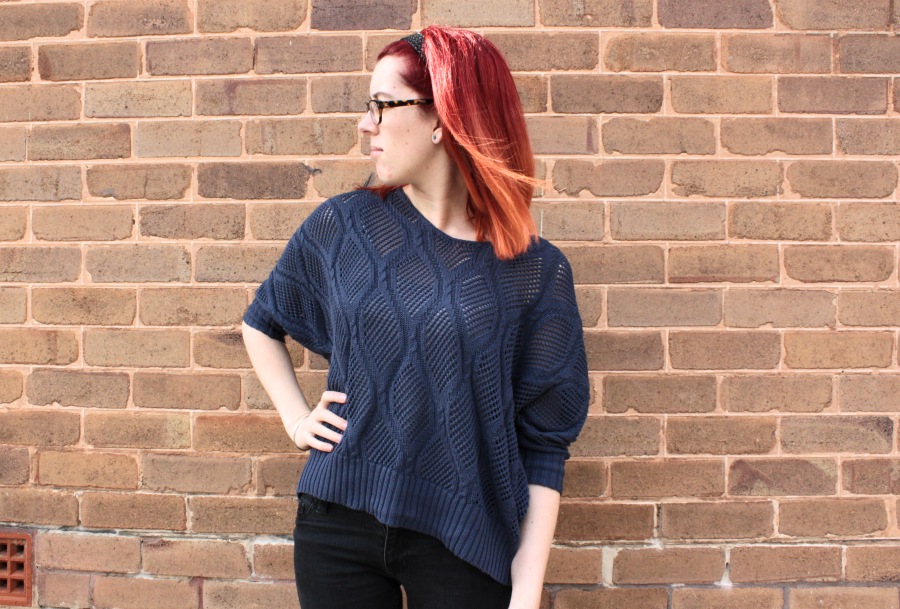 The tripod worked well enough, I mean there’s not much to it really, but the remote was a bit hit-and-miss. It was a cheapy to begin with, but I think that the battery that came with it was rubbish and almost flat as soon as I thought about using it. That meant most of my photos ended up looking like this: 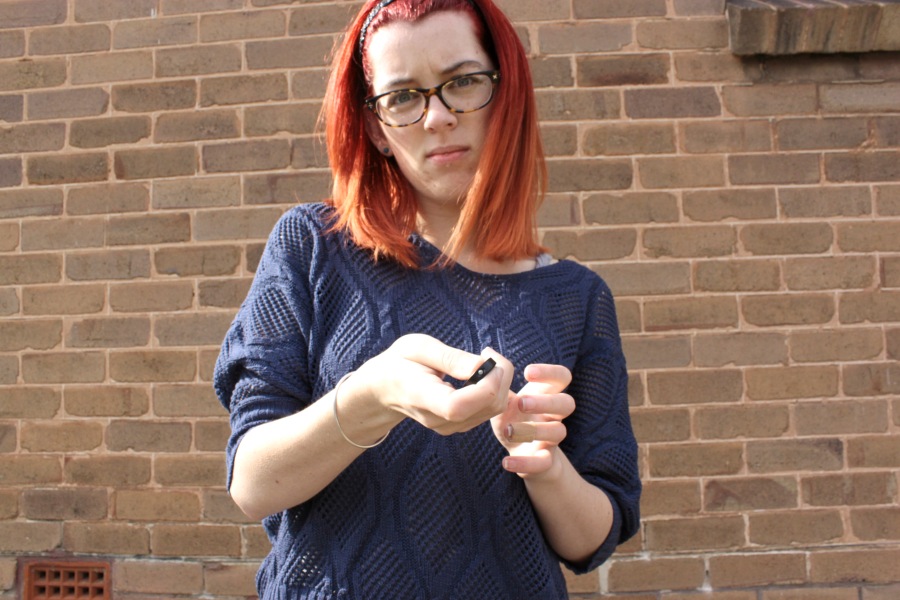 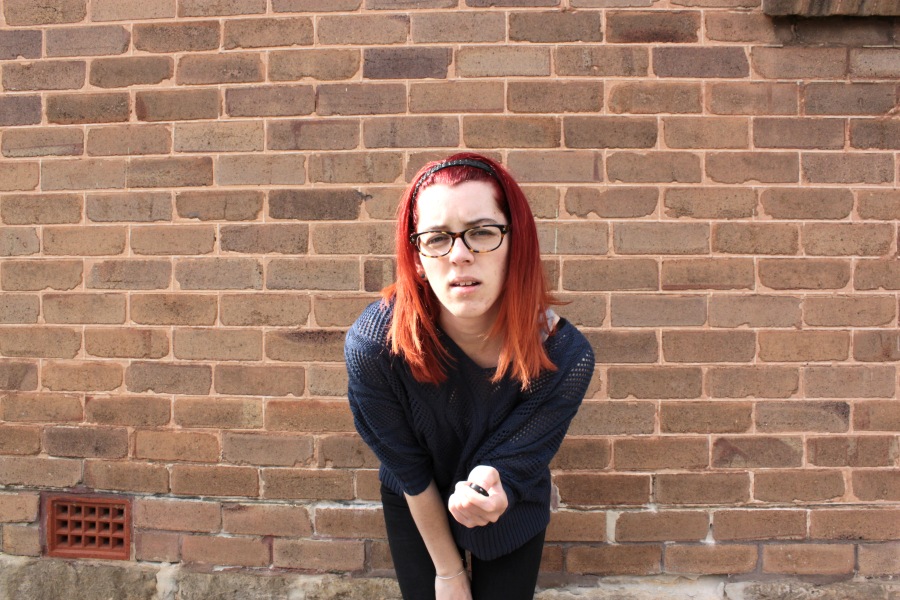 Attractive, aren’t I? The outfit is nice and comfortable, which came in handy as I packed up our extra glasses and mugs. I don’t know why we have wine glasses when neither of us drink wine, but they’re all in boxes now. The extra mugs are still in the cupboard but wrapped up in newspaper. Packing is a process, ok? It was probably a bit too cold for short sleeves in our house, so most of the time  I had a jumper on over my jumper, but I didn’t mind. This top is a bit nicer than a t-shirt and hoodie, so I feel less slobby when I wear something like this. 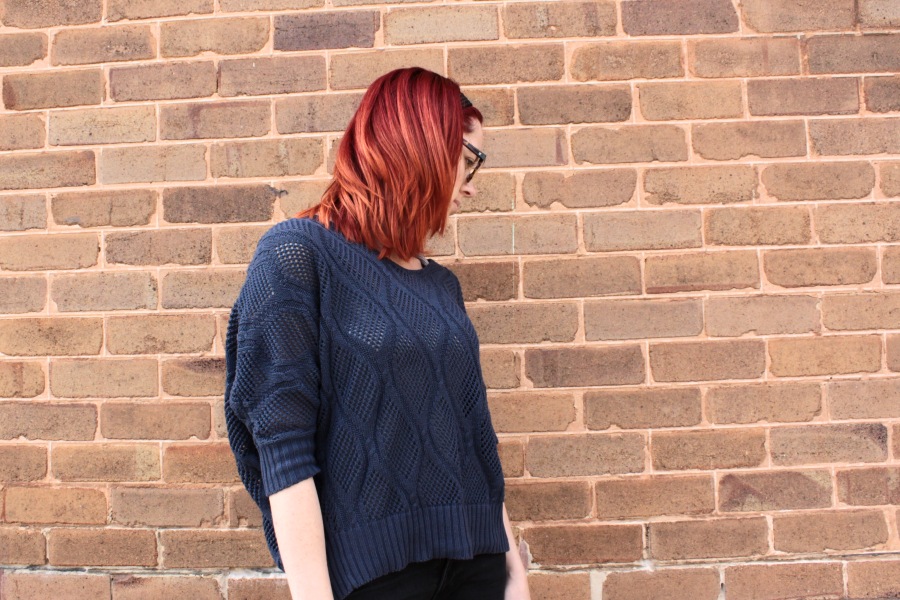 I managed to get some nice photos of the gradient in my hair, thankfully. I would have been annoyed if all that hard work resulted in those dumb photos. I got Anna (my hairdresser for colouring) to do my roots a bit darker and leave the orange a bit lighter so the change was more noticeable. I am really liking this effect at the moment, so I might keep it going for a while. That means keeping my hair long, though, so I might change my mind when the weather warms up. I might be able to keep the gradient on the longer bits when I get the angled bob I normally do, but if not it would mean going back to plain red, which I can probably deal with. 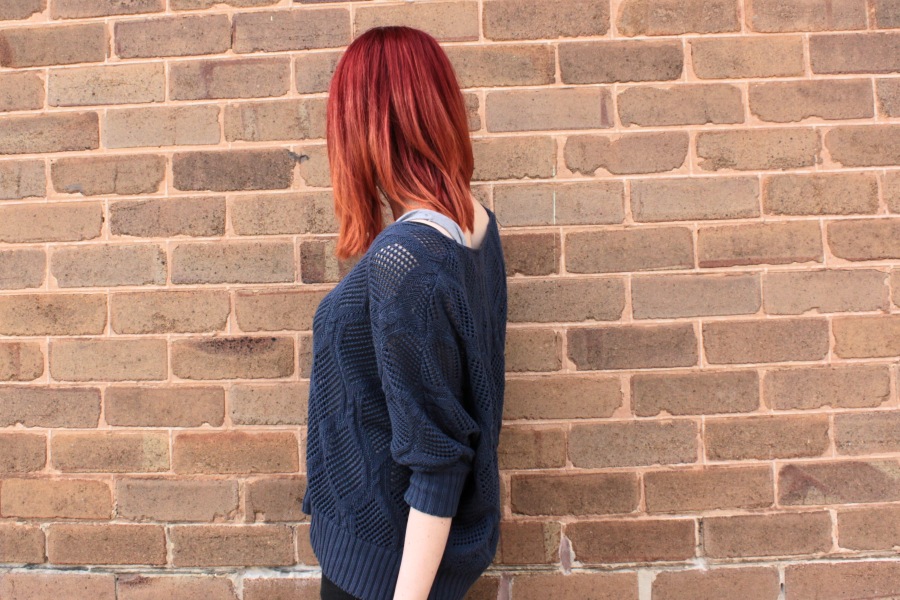 This is the longest my hair has been since I cut it short the first time, and I don’t know if I like it or not. This length when it’s curly, is ok, I can deal with it, but I don’t know if I want it any longer. I have always liked it when it was short, but the upkeep of it was much more effort, especially coupled with the red. With long hair I can get away without having a haircut for longer, although with my curls it starts to look funny without getting my layers fixed up so I can’t just let it go wild. Ben’s been pushing for me to keep growing it though, so I’ll humour him for the meantime.