Out of the two cats Scout is the nervous one. She runs and hides whenever someone comes to the door (which is a good way to tell when the delivery guy has arrived), wanders through the house meowing when she can’t see us immediately, she even puffs up and growls at Ned on occasion, even though they spend 90% of their time in close proximity. If anyone was going to get a condition that is generally related to stress it would be Scout.

Instead it’s Ned. Silly purring bouncy Ned, who doesn’t understand when other cats are angry at him. He’s the one who has been having to go to the vet lately.

It’s always a bit scary when your pet is sick; you put them in the carrier and they always start crying but there’s nothing you can do but just deal with it. By the time I got to the train station and set the carrier down Ned was shaking, terrified, and trying to scratch the metal door open. There was no way to explain to him that everything was ok, that I was just trying to help. This is the same cat that fell asleep purring in his carry box while we walked home the day we adopted him, who will purr as soon as you touch him and who loves to cuddle and groom me. It broke my heart to see him so scared. 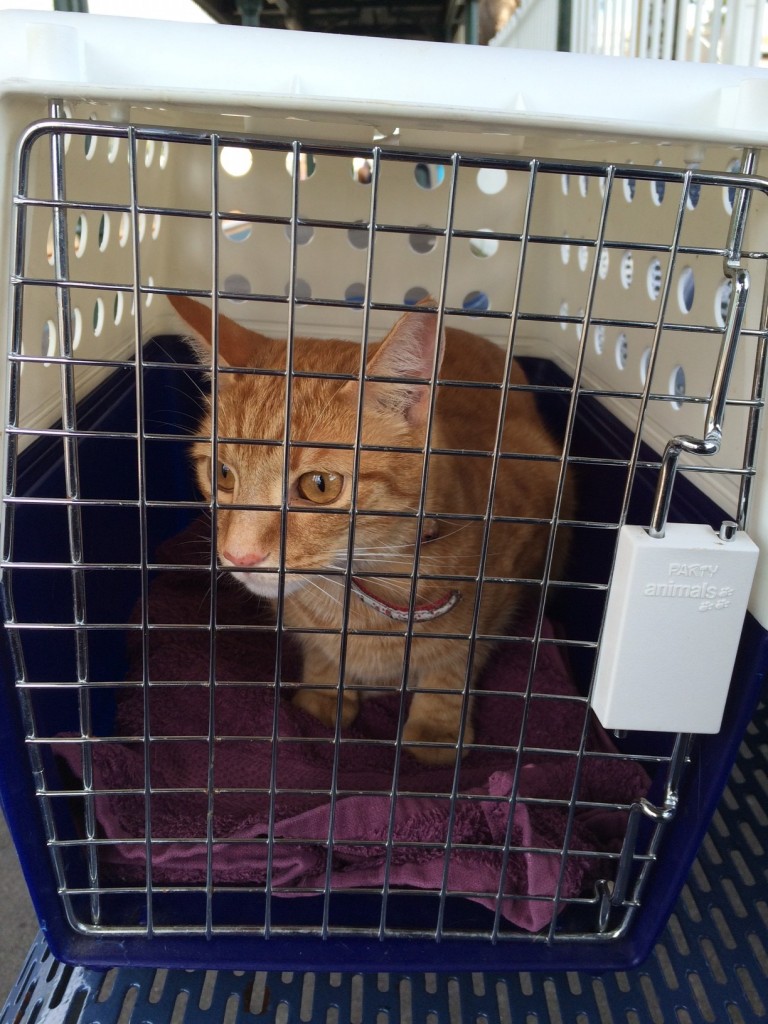 He’s still not ‘fixed’; he’s having trouble weeing and we don’t know why, and the food we’ve been giving him should have helped but it doesn’t seem to be so we’re just hoping that keeping him inside more will make a difference somehow. Even the vet said he didn’t look very stressed (as he licked the weighing scales to see if he could eat it) but that was kinda the last thing left to explain it. Ben and I are both crossing our fingers that something changes, because he’s taken to weeing whenever he has to go, and generally that means somewhere other than the litter. 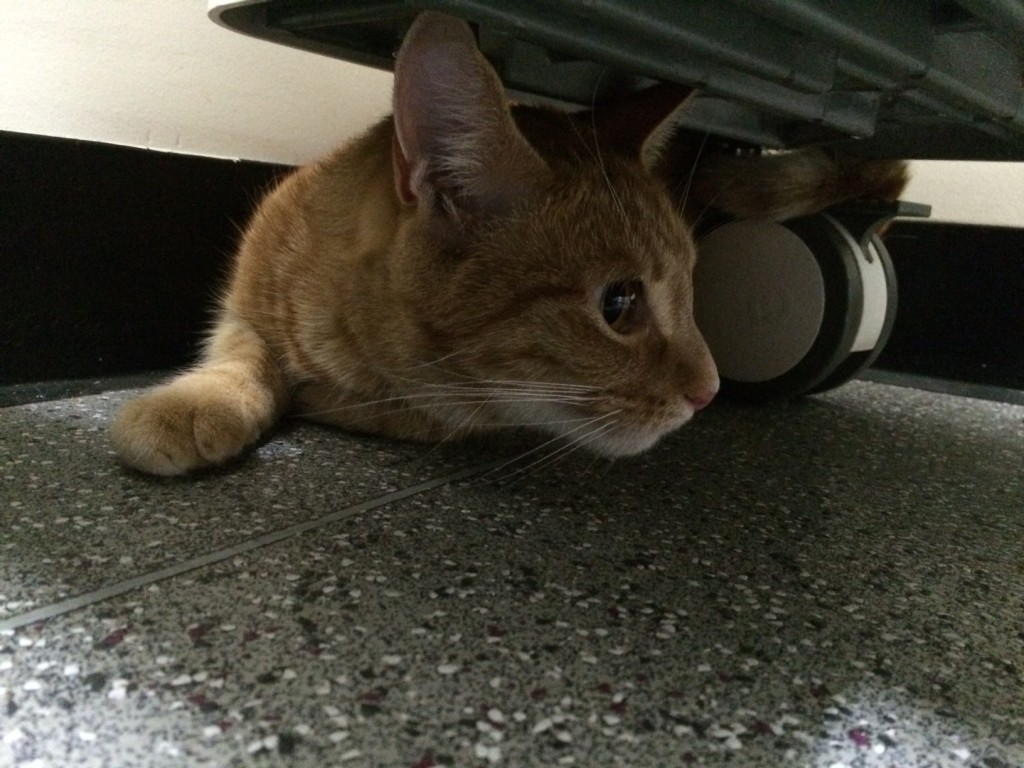 This means he’s acquired the new nickname of “Pissface”. I feel like this here is a good example of why we would be terrible parents. Kids would do much more embarrassing things than this, so think of the nicknames we would give them! 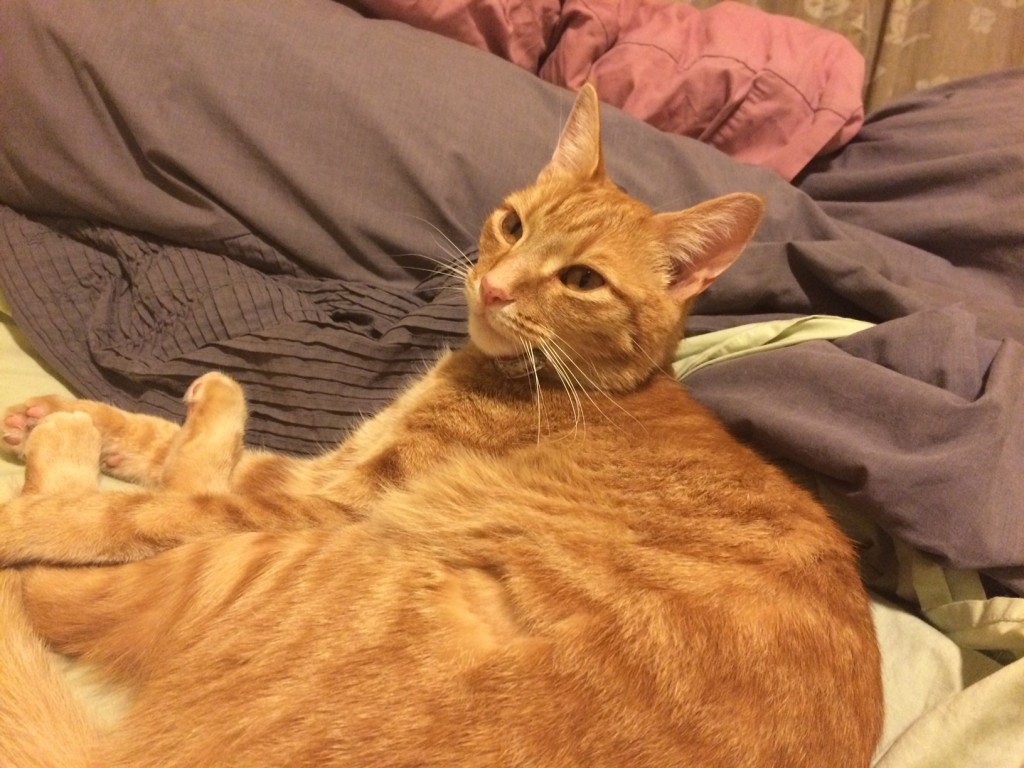 So has anyone had a cat with cystitis or  that didn’t want to use the litter? Any magic tricks or products that helped out? I really would like our house to smell of something other than cat wee, so I’m getting a bit desperate.